Brodosplit is a pro-natal company - Two children are born among 100 employees!

The birth of children has always been considered as one of the most joyful events. However, statistics show that fewer people are deciding on this step. However, many people applauded the move of the owner of Brodosplit a year and a half ago by introducing internal demographic measures.

The birth of children has always been considered as one of the most joyful events. However, statistics show that fewer people are deciding on this step. However, many people applauded the move of the owner of Brodosplit a year and a half ago by introducing internal demographic measures. And obviously, he also liked the workers themselves, because the growth of newborns is unbelieveable. In 2018, 46 'small škverani' were born, and this year the number will be exceeded by one / one or two, which gives us the right to say that the measures introduced have positively influenced many workers to go for family extension. 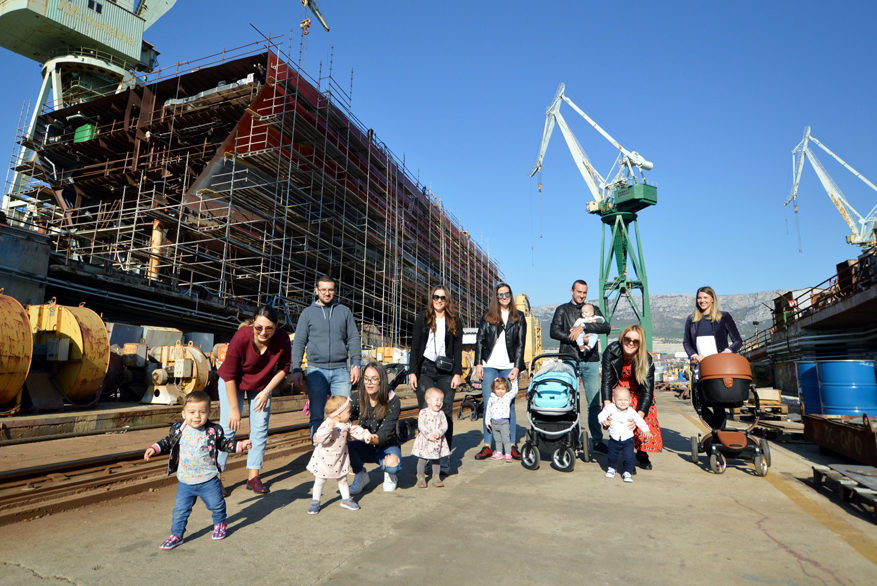 According to total working age population in the Republic of Croatia, and thus the reproductive capacity of 2.4 million inhabitants, that is, 1.54 children are born in Croatia and 1.91 children in Brodosplit, which is 25% above the Croatian average. More than 2400 workers work in Brodosplit every day, and there are currently 20 employees on maternity and parental leave.

Since its inception, the owners of the DIV GROUP have, in their nearly 50 years of business, treated their employees fairly and friendly, doing everything they can to make them feel like part of DIV family. In the last 20 years of its existence, DIV GROUP has grown from a 20-employee unit to a company that employs more than 3,500 workers, of whom 3,000 work in Croatia and are aware of their role, both in the community and of responsibility for all workers and their employees. Families decided to contribute in improving the overall demographic by introducing demographic measures to preserve staff and attract new workers.

- I am extremely grateful that I was supported by the company during complications in pregnancy and maternity leave. Considering all the demographic measures implemented within the company during my maternity leave, I was able to enjoy motherhood carelessly. Young couples today live and work in precarious conditions, so it is difficult to decide to expand their families. A big problem is also the lack of places in kindergartens, so parents, after a child is one year old, have no place to leave them when they go to work. There has been a real 'baby boom' in my equipment design department over the last few years, so the announcement of the opening of a nursery in the shipyard and the measures being implemented bring great security - says designer Roza Štrljić (29), mother of Marta (1) and Roko (6).  She is one of the employees to whom, on the basis of a fixed-term employment contract, a permanent contract has been automatically amended in the event of pregnancy or maternity leave.

Following the successful completion of the process of Brodosplit reconstruction, the Government of the Republic of Croatia positively valorized the results of the DIV operations and continued to monitor the construction of ships for cruise ships in the polar regions by issuing guarantees and, with these and other measures, brought them into a favorable economic environment and made them competitive with other EU shipyards. Therefore, in DIV Group, we strive and strive to retain all existing workers by encouraging a pro-natal policy, and therefore, we give workers in Croatia, who are employed by any of the companies in the group under a fixed-term employment contract, permanent contract automatically in the case of pregnancy or maternity leave. 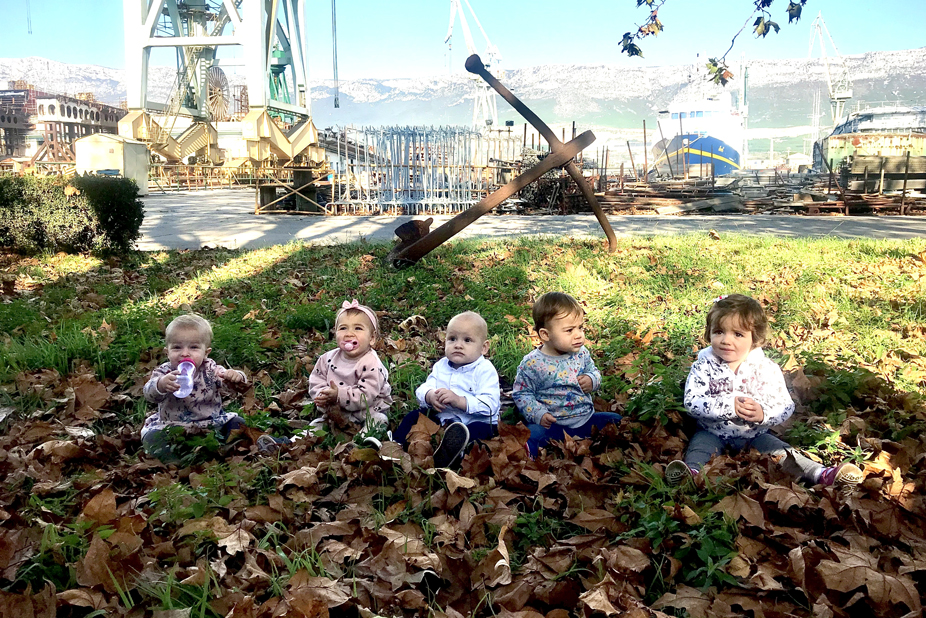 Also, all employees are paid a net amount of HRK 5,000 for each newborn child, and in case both parents work with the company, the amount is doubled. Parents of three or more young children are given a special monthly allowance of HRK 200.00 for the third and each subsequent child, which, during the period of growing up and raising children by the parents, amounts to a total of around HRK 40,000 per parent and HRK 80,000 if both parents are employees of the company. In the case of regular study of an individual child, the age limit for this measure is shifted from 18 years to 22 years or until the end of regular study. Every year for the feast of Saint Nicholas, all children up to the age of 15 are donated to the highest non-taxable amount, and for this occasion gatherings and gifts are organized to make these days as enjoyable as possible. The sick children of employees are donated with the necessary funds to cover the additional costs associated with treatment. Cultural arts societies and sports clubs are sponsored by the children of Brodosplit workers. Therefore, it can be rightly said that Brodosplit is a pro-natal company and a generator of preserving and increasing jobs.